Besides my wife’s heart incident I talked about before where a doctor panicked because he never saw a heart rate of 44 before, other recent incidences occurred that just make me shake my head.

Switching and adding to life insurance policies saw Joni and I taking the insurance company’s version of a physical. Already knowing about insurance companies’ infamous height/weight charts, the guy in charge passed along instructions to take my chest, waist and hip measurements. Why? Because just from a PURE height/weight standpoint, I’m considered overweight and one chart, “Obese, Class 1”. Muscle is heavier than fat. At my height of 5’8” and a weight that’s usually @ 205, I’m anywhere from 13 to 46 lbs overweight according to 5 different charts I consulted.

I was in the Armed Forces when they had come out with their latest version in the early 80’s. Myself and 2 other weight lifters were sent to the base Dispensary for review as we were considered very overweight according to their new standards. Luckily, the Major in charge was a lifting partner with common sense. I can’t print what he said exactly, but he thought it was a load of BS to put it mildly and gave us waivers. By the way, I was also the fastest runner on base in the 2 mile run. I wasn’t just a muscle head and my aerobic capacity exceeded guys half my size. (Laughingly, I’m STILL 22 lbs over their max for weight based on their latest chart.)

People can look at charts, weights, scales, whatever. The mirror doesn’t lie. You can fall within some chart’s version of acceptable weight and still be an out of shape mess. The truth stares back at you from a full length mirror as you stand in your skivvies. Not to sound narcissistic, but a mirror will tell you more than any scale you step on or any chart you consult. Be honest, would you rather have a good looking reflection and feel healthy or be within some table’s guidelines and be flabby and out of shape? Like the saying goes, “You can’t flex fat.”

So, anyways, hopefully they’ll use my measurements along with a dose of common sense to apply the rates. However, the nurse took Joni’s resting heart rate five (Yes, 5!) different times and it came out to 40 each time. She “Didn’t understand how that could be possible.” Here we go again…………… 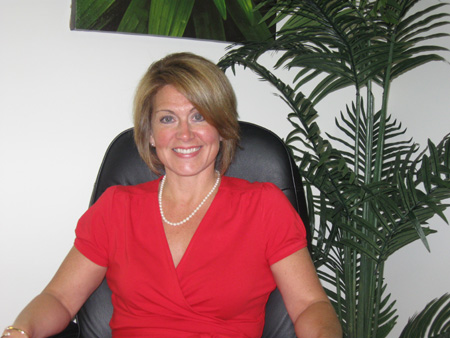 I just read an article called “I Hate It’s Business Not Personal.”  This article spoke about how much this saying was their biggest pet peeve.  They believe everything about business is personal.  That may be true, but if you make business decisions based on personal feelings than prepare to fail.

I have repeated this saying hundreds of times during my 18 years owning my own company.  This does not mean I am not “in tune” to my employees, customers and vendor’s feelings; quite the contrary.  However, the one thing I keep furthest from my mind when I am making any business decision is my personal feelings for people involved or the situation itself.

My job is to make decisions in the best interest of my company.  This insures we are obtaining the best opportunities for growth.  This does not mean you are a heartless, horrible, non-feeling person.  It means you put your personal feelings aside and make business decisions based on facts not emotion.  When I am making any business decision, if I allow myself to take into account how much I like the person, who’s feelings might get hurt, or peoples personal struggles going on in their life than I am doing my company, customers and possibly the person/persons involved a dis-service.

Over the years I have had to “let go” too many people to mention.  Some people were very accepting and some were extremely upset even violent at times.  With that said; each person who left my company whether on a good note or bad has contacted me a few months or some even a few years later just to thank me and let me know I was right in my decision.  These people explained how appreciative they were because I was candid and honest with them and pointed out why they were not a fit for the position. Some of these people wanted to come back and work for me again and some just wanted to let me know by letting them go it actually made them grow as a person and it pushed them to pursue other avenues which led them to a better suited career path.

So I will end my letter with this statement;  It is Business Not Personal.  Whether you like the saying or not if you want to have a successful business you need to live by it.