DeWITT — Danlee Medical Products, Inc., a DeWitt–based provider of Medical and cardiology supplies, is hoping to generate additional revenue growth through e-commerce as it moves into its third decade of operation. 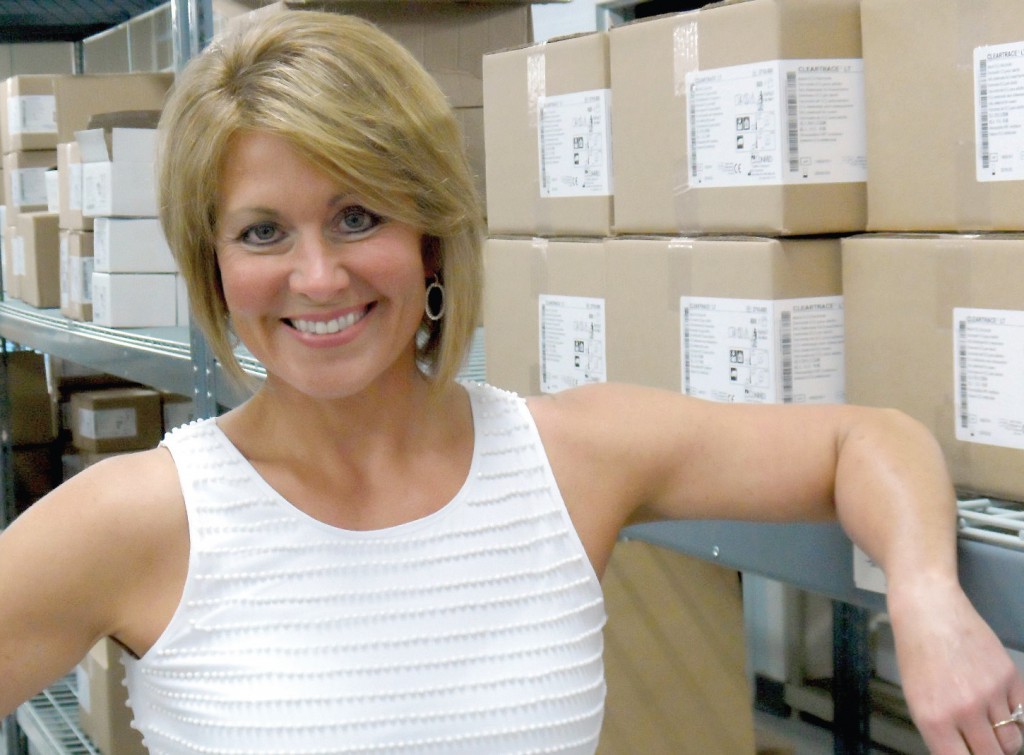 Joni Walton, the company’s founder and sole owner, launched the business in July 1994. Danlee had previously been the medical-supplies division of Diagnostic Medical Instruments (DMI) before another company purchased the firm.

Walton had worked as a customer-service representative for DMI, started the division, and when she learned it had plans to dissolve the division, she told the acquiring firm she’d buy the division.

Danlee sells supplies to more than 4,000 health-care professionals nationwide, she says. It operates in a 12,800-square-foot space in the Rodax Office Park at 6075 E. Molloy Road in DeWitt.

“We sell our products through e-commerce. We sell through direct mail, telemarketing. We don’t have any outside sales force. We do everything internally,” says Walton.

The firm launched its own website in the early 2000s. Danlee created the website to help consumers and potential clients become more aware of the company, according to Walton.

Its website “progressed” over time and generated more sales, and it became evident that e-commerce is “the way everything is going,” she adds.

Danlee in 2013 redesigned its website in an effort to drive more traffic to the site and generate more online orders.

It also resulted in additional hiring for what Walton called a “marketing department,” including Laura Prattico, Danlee’s marketing director; John DeSantis, an ecommerce-marketing assistant; and an additional part-time employee.

“So, our focus this year is to grow our e-commerce portion of our sales,” Walton says.

Danlee hopes to increase its website sales by 40 percent in 2014, according to Prattico. Online sales accounted for “less than 10 percent” of the firm’s revenue in 2013, she adds. Walton projects overall revenue growth of 10 percent for Danlee this year.

“We’ve grown every single year since we started the business, and I just see that progressing,” Walton says.

It also distributes products for paper and cable manufacturers.

“All the medical supplies you can think of that are normal in your doctor’s offices, like the gowns that [patients] wear, the table paper, gloves, Band-Aids, everything,” she says.

Besides its role as a distributor, Danlee also manufactures Holter heart-monitoring kits, which a doctor may prescribe if an electrocardiograph detects abnormalities in a patient’s heart, Walton says.

The physician applies electrodes to the patient who then resumes normal activity for a two-day period as the Holter kit monitors the person’s heart.

DMI also manufactured Holter kits, which led to the division that Walton started for the company, she says.

With its work in producing Holter kits, the U.S. Food and Drug Administration (FDA) considers Danlee Medical Products a manufacturer and has regulated the business since the late 1990s, Walton says.

“We’re catergorized as a repacker, relabeler within the FDA’s eyes,” she adds.

Some of the larger facilities for which Danlee makes the Holter kits want to know that the firm has “quality” processes in place, Walton says. The federal regulation also forced Danlee to become compliant “in all areas,” she adds.

Danlee became FDA certified about 15 years ago, she says. And it’s not the only certification that made Walton proud.

WBENC is the “largest third-party certifier of businesses owned, controlled, and operated by women in the [U.S.],” according to its website.

WBENC, a national nonprofit, partners with 14 regional-partner organizations to provide its standard of certification to women-owned businesses throughout the country, the website says.

The certification helps Danlee as it pursues government contracts.

“So being able to put that certification on our website and on all of our marketing materials, people actually seek out the woman-owned business for … some of their supplies,” Walton says.